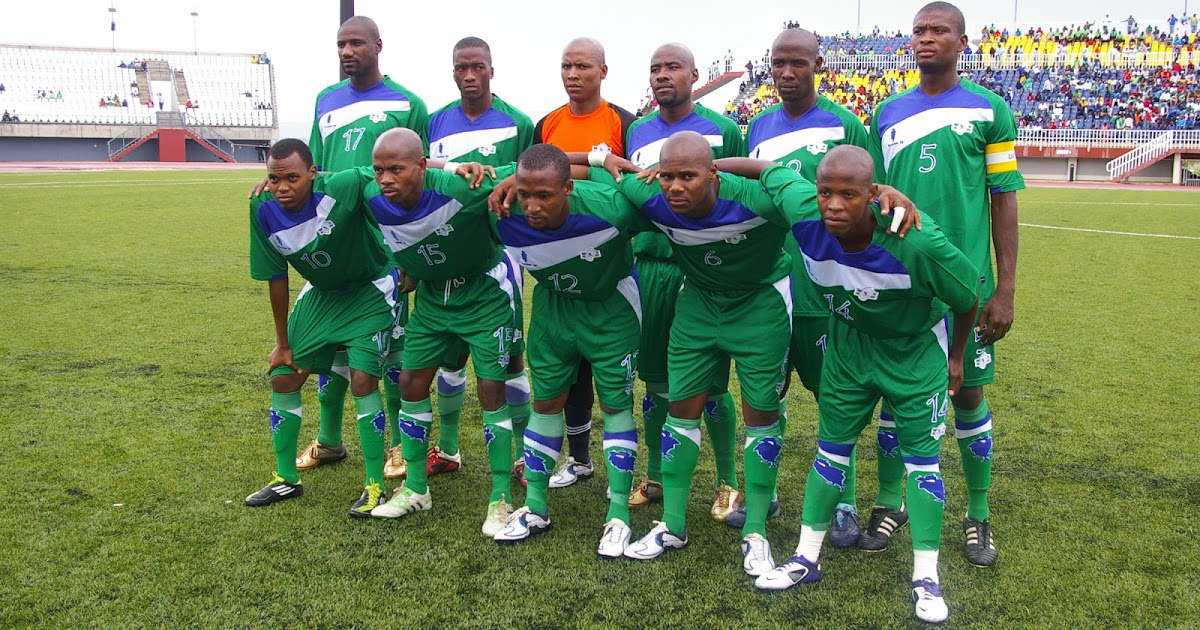 [dropcap]T[/dropcap]he national team Likuena is on the brink of qualifying for the African Nations Cup 2019 which will be played in Egypt in June, that is if they beat Cape Verde’s Sharks on Sunday.

Likuena’s meeting with the Blue Sharks is expected to be physical and electrifying as the winner on Sunday would book a ticket to Egypt in June this year.

The Lesotho national team must win by all means because the Blue Sharks would not want to disappoint their supporters, and the last goalless draw encounter would mean nothing on Sunday. Cape Verde previously played in the African Nations Cup in 2013 and 2015 respectively and they have proven to be a strong side as they played well against Cameroon, Burkina Faso, Morocco and South Africa which they beat 2-1 in their last meeting.

Lesotho is in the same group as Cape Verde, Tanzania and Uganda which has already qualified for African Cup of Nations, which the biggest soccer tournament in African soil.

The Secretary General of Lesotho Football Association (LeFA) is hopeful that Likuena will get victory against the Blue Sharks. He said the weeklong preparation by Likuena in Pretoria would give the boys an added advantage to bury the Blue Sharks.

“We don’t expect anything but a win for our boys. I’m confident that the coach and his technical team have prepared the boys mentally to win the game and not play a draw. For us to win this game, we need to push them until we score and defend hard so that they don’t come back into the game. We are happy that we have come this far and want to represent Basotho in Egypt in June,” said Mohapi.

He was however concerned about the timing of the recent announcement by the Minister of Gender and Youth, Sports and Recreation Dr Mahali Phamotse that Likuena players would be given M20 000 If they won and qualified for African Nations Cup saying the players would play with a lot of excitement and make mistakes.

Sports Minister, Dr. Phamotse announced in Parliament this week that her ministry would give each player M20 000 if the team beats Cape Verde. In the event of a draw, they will get M10 000 each. The ministry has already given the players M6000 each for leaving Lesotho to the island nation to do national duty.

Meanwhile, former Lesotho National Under 20 Player Mokhoele Mahao has wished Likuena the best of luck. He said had it not been because of the injury that put him out of football permanently he could have been one of the players representing Lesotho in Cape Verde.

“I wish Likuena the best of luck and for them to beat Cape Verde so that we could also watch our boys compete with the best in the African continent. I also want the coaches to make proper selection of the players in future because many of the talented players are often left out,” said Mahao.

Lioli head coach is no more

TheReporter - November 30, 2021 0
By Poloko Mokhele The Lesotho Highlands Development Authority (LHDA) has warned the communities near the Katse Dam that the dam will overflow at a high...

TheReporter - November 29, 2021 0
By Neo Kolane Seventeen-year old Naleli Ismail who hails from Khubetsoana has made it to the top 10 of the Vijona Africa Comic Art contest...

TheReporter - November 27, 2021 0
By ‘Majirata Latela Lesotho’s ministry of home affairs has out-rightly warned that men and boys are also preyed on by human traffickers. In a recent visit...

TheReporter - November 27, 2021 0
By Kefiloe Kajane A Quthing district resident Pule Mohapi is the proud owner and founder of Mountain Spels Brandy that has been going strong since...