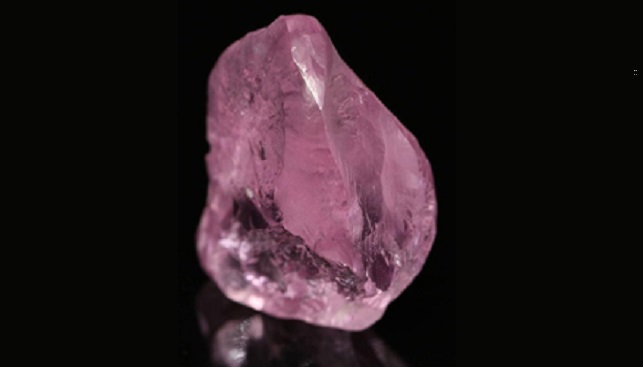 Letšeng Diamonds has sold a 13.33 carat pink diamond recovered at its flagship Letšeng mine in Lesotho last month for M125 million.

The high-quality pink colour type I diamond sold at a tender in Antwerp, Belgium, achieving a record price per carat of almost M9,6 Million.
The sale comes just a day after the company disappointed investors by withholding its 2018 full-year dividend, even though it reported a sharp increase in annual profit due to record recoveries of large diamonds.

The Letšeng mine is well-known for yielding some extraordinary diamonds, including the 910-carat “Lesotho Legend”, which sold for $40 million last year. The precious rock was the world’s fifth-largest ever found.

Since acquiring the operation in 2006, Gem Diamonds has unearthed five of the 20 largest white gem quality diamonds ever recovered, which makes the mine the world’s highest dollar per carat kimberlite diamond operation.

At an average elevation of 3,100 metres (10,000 feet) above sea level, Letšeng is also one of the world’s highest diamond mines.

According to market analysts, the average price for pink, yellow, blue and green stones has risen consistently by 12% a year over the last few decades, driven by consumer demand for exotic and unusual diamonds. This means they are less affected by other factors driving general diamonds’ supply and demand.