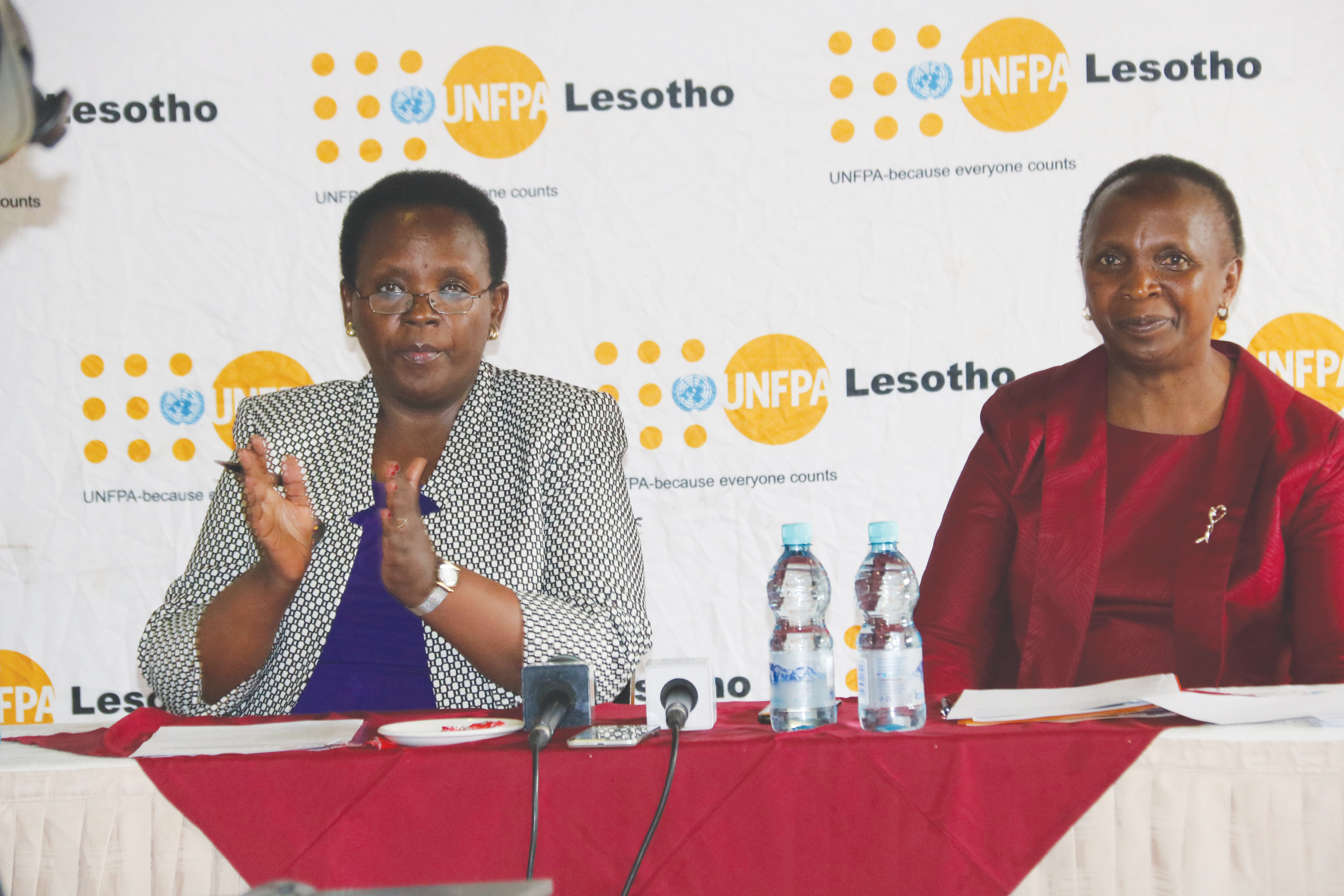 The need for coordination in condom programming featured highly and was vastly emphasized during validation of the Lesotho National Condom Strategy held at Victoria Hotel in Maseru on Thursday (04/04/2019).

Speaking at the occasion, UNFPA, the United Nations Population Fund Officer in Charge in Lesotho Ms Esperence Fundira emphasized the importance of education and capacity building on consistent and correct use of condoms saying this could contribute immensely in reducing the high HIV prevalence especially among young people where the rate of new HIV infections is estimated at 1.5 percent, the highest of all groups. She therefore stressed the importance of improving availability and accessibility of condoms particularly for this group.

She said it was commendable that the strategy is based on the Total Market Approach (TMA) which is one of the innovative ways of increasing access to condoms through, among others, social marketing which involves players in the private sector in condom distribution. “This approach is not only going to increase access and availability of condoms but it is one of the most effective strategies for sustainability of the condom programme and reduction of donor dependency,” she added.

She added that the development of the strategy, was one of the means towards realization of the Sustainable Development Goals particularly goals number three and five on health and gender respectively. “It is also in line with the Program of Action of the International Conference on Population and Development (ICPD) which guides our work as UNFPA and also recognizes women’s rights to sexual and reproductive health as being key to women’s health,” she added.

The ICPD was held 25 years ago in Cairo, Egypt and 179 countries including Lesotho were in attendance.

She reaffirmed the commitment of her agency UNFPA to continue supporting the Kingdom of Lesotho in endeavors to uplift the wellbeing of its peoples particularly in increasing access to Sexual and Reproductive Health and Rights including availability of condoms.

In her keynote address, the Director of Primary Health Care in the Ministry of Health Dr Thabelo Ramatlapeng thanked UNFPA for technically and financially supported the Lesotho National Condom Strategy (2019-2022) which was being validated.

She said the strategy would provide guidance for key players in promotion, procurement and distribution of condoms.

She also emphasized the importance of coordination in condom programming.

The strategy is destined to improve coordination in condom programming, increase access to condoms and also harmonize condom distribution.

Do politicians have a solution?-Poor education systems