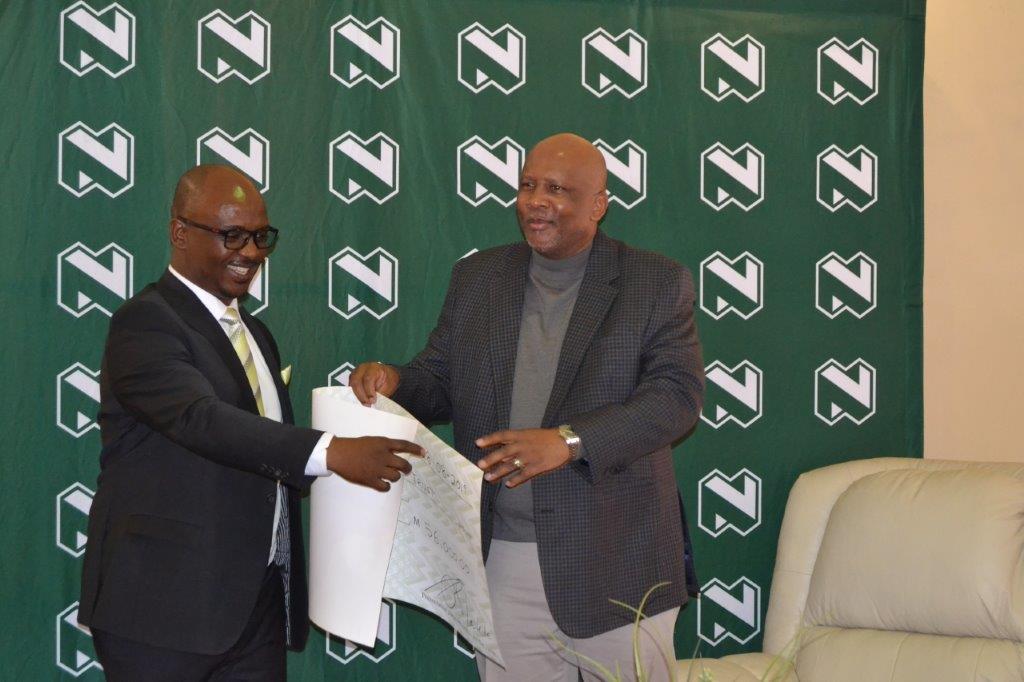 Just a week after King Letsie III’s Education Trust Fund received M52 000 from Blue Ribbon Bakery, Nedbank Lesotho this week also donated M56 000 into the Trust as a gesture of celebrating his birthday which was on July 17.

This year’s celebration was held in Quthing where numerous people from different parts of the country enjoyed different entertainments as they rejoiced with the King on his special day.

Speaking at the handover ceremony which was held at the Royal Palace grounds in Maseru, Nedbank’s managing director, Nkau Matete said the Nedbank Group had been the donating to the King’s Trust Fund for five years now in celebration of his birthday.

“Even though the big day has passed, we still believe it is important to continue celebrating, and this year as the King celebrates his 56th birthday we are also going to donate M56 000.

“We would like to wish His Majesty a happy birthday and we also wish for the Trust Fund to grow and continue to give children education because with it, people can be able to create their future,” he said.

For his part, King Letsie said: “I would like to thank Nedbank from the bottom of my heart for making my birthday a memorable one.

“It is true that Nedbank has been doing this for years now and I would like to thank Mr Matete for continuing on the journey we had with Nedbank. I wish the company all the best,” he said.

The King also expressed gratitude to the service providers of Nedbank as well as its customers for lending a hand in making sure that the Fund becomes a success.