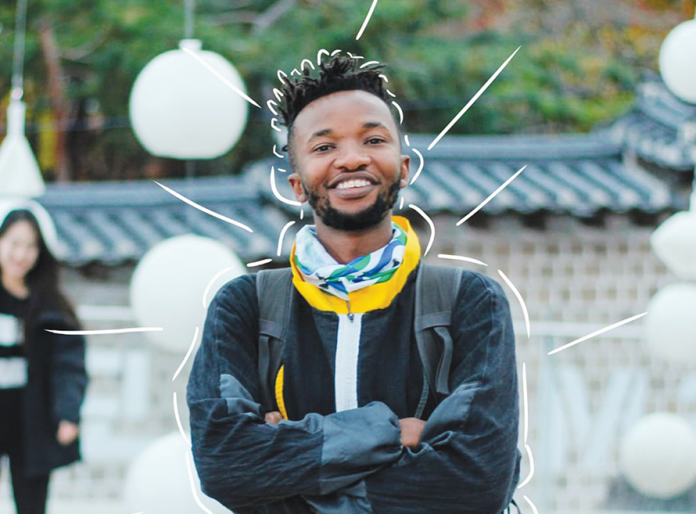 Twenty-nine-year old cartoonist Lehlohonolo Tlhaole is on a mission to tell Basotho fairytales to the world using 2D animations, which he believes make it easier for people to comprehend and possibly relate.

Born and bred at Lithoteng at Ha-Seoli, Tlhaole says he got his inspiration from watching cartoons, and was fascinated by the effects of the animations.

“2D animation is cartoon style or video that can be seen in movies, adverts and cartoon shows, for instance, The Regular Show is 2D animation.

“As a kid, I was intrigued by behind-the-scenes activities of the famous movie The Lion King. I learned that it was 2D, and realized it was actually possible to bring a character to life by drawing it on various pages and flipping it through; that is called tradition animation.

Tlhaole’s love for animation took shape at university where he enrolled in visual communication; from studying professional design, he learnt about graphic design and animation.

Now armed with the tools of the trade, he dug into the rabbit hole and researched more until he came across more software online.

He focused on animation because he was convinced there was a lack of animation in Lesotho, which signaled a lot potential, more so because he had picked up from his interactions with other people that the soil was indeed fertile for Sesotho fables to be told through visuals.

The animator told theReporter that he is working on building a Lesotho-based animation studio.

“I am looking to get to a point where a kid in high school who aspires to pursue a career in animation, knows which door to knock on for his dream to come true. I am currently mentoring kids who are interested in animation.”

Tlhaole works with The Hub in Morija where he does stop motion, an animated filmmaking technique in which objects are physically manipulated in small increments between individually photographed frames so that they will appear to exhibit independent motion or change when the series of frames is played back.

He looks up to Japanese animator Hayao Miyazaki, who received an award for the first ever animated movie called ‘Spirited Away’ in 2003.

“And as a Mosotho child I wanted to start telling Basotho tales to the world. Ghoku from the cartoon Dragon Ball Z is Asian but it is penetrating the world because a lot of children relate to it and I believe in my capability to do such.

“In 2019, I did an illustrative solo exhibition called Life Space Death space. Building up to the event and post the event, I designed cartoon characters based on Basotho fairytales like ‘Masilo le Masilonyane’ and ‘Limo’.

“The feedback from the people is really moving; they actually showed up for my first solo exhibition, where they bought products based on characters I design.” 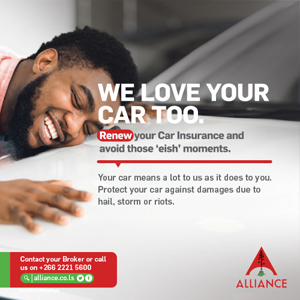 Unions fed up with govt

ECoL Donates Blankets to the Needy

How To Get Out Of Debt In 1 Year Or Less!

Which Company Would You Choose?