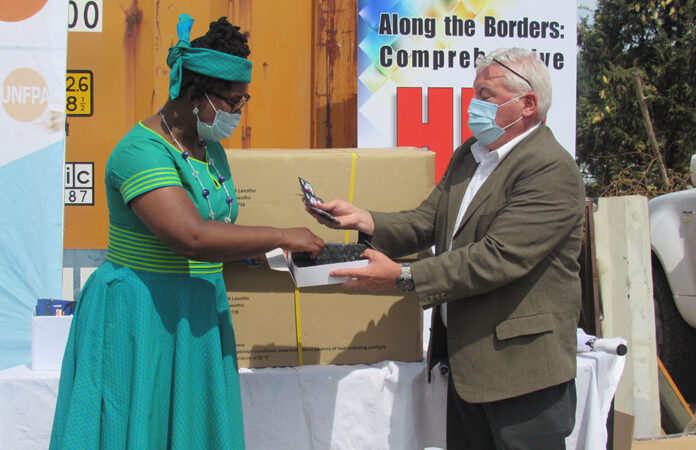 In a bid to intensify efforts towards HIV and Sexually Transmitted Infections (STIs) prevention as well as unwanted pregnancies among risk populations such as migrants and youth, UNFPA and LPPA have initiated a project named ‘Along The Borders’ at Lesotho’s three busiest borders of Maputsoe, Maseru and Van Rooyens’s Gate.

During the handover ceremony, UNFPA country representative, Marc Derveeuw said the male condoms were procured as a response to the 2019 National Condom strategy recommendations which alluded that young people and key populations prefer scented and branded condoms as opposed to the generic ones.

Derveeuw explained that ‘Along The Borders’ focuses on reducing HIV incidences and risky behaviour among the youth and key populations that travel along the mentioned border posts.