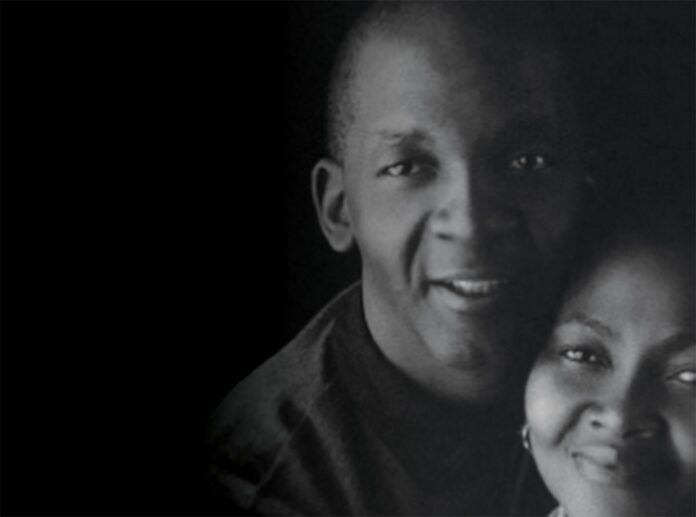 The untimely loss of the legendary entrepreneur couple reverberated throughout Lesotho, South Africa, and other parts of the world where they operated businesses.

Thabiso and Ayanda died in a car crash near the Eastern Free State town of Warden in South Africa on Sunday, the first day of November.

At their wake held at the Tlelai family home in Ha Hoohlo, Maseru, speakers recalled the virtues of the couple as parents and their acumen as business people.

Former finance minister, Timothy Thahane, spoke of the couple’s contribution towards the health, welfare, and well-being of Lesotho and South African citizens.

Their years of devoted service to civic and business causes earned them the gratitude of the nations.

“Thabiso and Ayanda were truly among the leading lights of Lesotho and South Africa,” said Thahane.

“Their grace and wisdom were equalled only by the determination with which they strove for a better life for people in both countries.”

Master of ceremony, Lefu Manyokole, said though Thabiso was known as a pioneer in many fields of business in South Africa, his greatest devotion to Lesotho and Basotho was to their economic upliftment.

“I met them occasionally in the United States. They have been all over the world demonstrating in many ways their sincere interest in the welfare of their people back home,” said Manyokole.

The chief recalled how as young boys he and Thabiso attended Iketsetseng Private School.

“I liked the kasi food Thabiso brought with him. For some odd reason the teachers didn’t like the smell of polony. I’d eat it right in front of them in a rebellious fashion to provoke them,” recalled Chief Seeiso.

“It is my pleasure to also pay tribute to Ayanda who had been at the forefront of all Thabiso’s business endeavours.”

Thabiso was born in Germiston, South Africa, on 6 January 1964.

He was the second born to Paleo and Matumo Tlelai, who migrated from South Africa to Lesotho in the 1960s at the height of apartheid. They are both late.

Dr. Thahane said Thabiso’s parents had brought with them an entrepreneurial spirit that influenced their children to be astute businessmen.

Thabiso’s father, who was a former policeman, and mother opened several corner cafes in Maseru.

Following the completion of his A-levels at Machabeng College, he went to the then University of the Transkei in the former South African homeland of Transkei.

When Thabiso realised the problems that were besetting a Bantustan university student there, he quit and left for the United States where he lived in the Thahane household.

He later moved to Canada, where he graduated with a BCom degree from the Memorial University of Newfoundland.

“Back in the US we would sleep late into the night because Thabiso would ask many questions,” recalled Dr. Thahane.

“It is these questions that would exceptionally prepare him for business to speak with authority and wisdom in later years.”

Dr. Thahane said Ayanda with her well-reasoned input complimented Thabiso, whom he said often made premature decisions because “he was quick to act”.

Ayanda quit medical school due to apartheid in South Africa. She enrolled to study law at the National University of Lesotho, where she met Thabiso.

Ayanda and Thabiso got married in 1991 and became a model couple. They were devoted to their family, their professions, and their communities.

The pair were inseparable until their untimely death in a car crash.

Ayanda (nee Dwyili) was born in Cape Town, South Africa, on 8 March 1966. She was the second born to Mzimkhulu and Flora Dywili.

Ayanda attended Nkululeko Primary School in East London and then proceeded to Mount Arthur Girls High in Lady Frere, where she matriculated.

In South Africa, Ayanda’s family, like the Lesotho Tlelai’s is equally held in admiration and respect for their hard work in the retail business.

While there is no formula for producing a genius, Lesotho created an environment in which great talent could flourish academically, said Dr. Thahane.

It is to this environment that the National University of Lesotho contributed to the careers of many South Africans including Ayanda, who graduated with a Bachelor of Laws (LLB) degree in 1990.

She was the first black South African to be admitted to the Free State Bar in 1996.

However, Ayanda was not happy at work as she battled discrimination. She eventually quit and joined her husband in business.

The acquisition of the Lengau Hotel in Bloemfontein broke new ground for the couple and led to the founding of the Don Group Hotel chain, of which Thabiso was chief executive officer.

Thabiso was also a founder and chair of the Tourism Business Council of SA (TBCSA).

He also attained a position of respect, prestige, and influence among esteemed captains of industry such as former Old Mutual chief executive Peter Moyo and business mogul Sango Ntsaluba, with whom he founded investment holding company, NMT Capital.

Thabiso and Ayanda’s devotion to Lesotho and South Africa was strong and impassioned. They held many positions of trust, confidence, and honour.

Daughter Mats’eliso said she remembers her parents as generous.

Thabiso and Ayanda are survived by their daughter Mats’eliso, two boys Bonang and Sent’so.

Ayanda is survived by her mother and sister.

Woman charged with murder of four