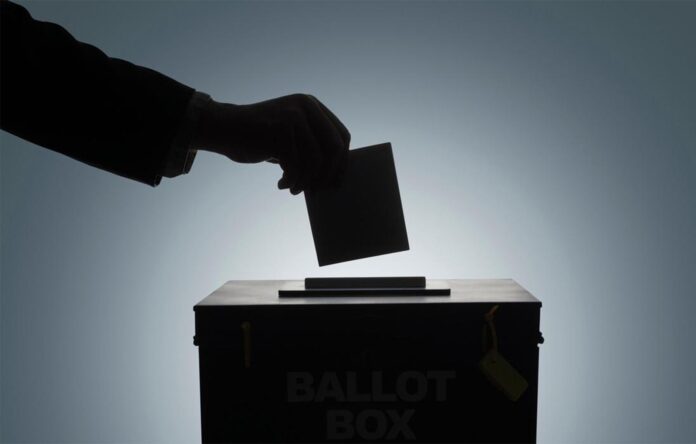 The diaspora community has expressed shock at the new Bill that amends the National Assembly Elections Act 2011, which stipulates that electors wishing to vote in a foreign country must have proof of residence in that country.

The diaspora community say most Basotho nationals living in neighbouring South Africa have no proofs of residence as they do not have residential or work permits as they live in informal settlements.

According to the Bill which amends the National Assembly Elections Act of 2011, “An elector who applies to vote outside the country …. shall produce documentary proof of their residence in that other country.”

She said employers failing to issue residential permits to foreign domestic workers fear that they would be reported at the labour department for failing to comply with the minimum wage pay requirements for doing domestic work.

Motinyane dismissed the Bill as of no use to them “because even if we have registered in Lesotho, we will still not be able to vote on the day of the elections due to absence of proof of residence when residing in South Africa.”

She lamented: “It is not only us domestic workers, imagine the hawkers, street vendors and many others working in the informal sector who are not going to be able to present the proof of residence because they do not have it. Those Basotho are not going to be able to vote where they will be on elections day. I wish people who came up with the idea of us voting where we are could understand the kind of jobs many Basotho do in South Africa.

“I think when the Bill was formulated, its drafters must have looked at people who have formal jobs such as teachers, nurses and the likes, but unfortunately there are not many Basotho in those areas. If the Bill passes as it is, then many people in the diaspora are still not going to vote.

“We would have loved to vote as well so that we can elect someone who will create jobs in Lesotho. We want to go back home but due to lack of jobs we are forced to stay here until the issue of unemployment is resolved,” Motinyane said.

A member of Lesotho Migrants Association Lekhema Ramaphiri shared the same sentiments, saying it will be difficult for some of the migrants, especially those in South Africa, to vote it they do not possess residential proofs.

He said many domestic workers in that country work for people who already do not trust them as they do not possess legal documentation such as work permits allowing them to work in that country.

Ramaphiri argued that even after being issued with the Lesotho Special Permits, “there are still people who do not have proper documents for staying in South Africa as many do not have sufficient money to pay for such permits.

“Some people were not working in South Africa (SA) when the permits were issued, that means they are still staying in SA without proper documents currently. It was a good initiative for us to also be able to vote as it will be difficult for them to come home to solely to cast their ballots.

“Covid-19 has also brought a lot of changes in the freedom of movement of people living outside the country because of the regulations that have been put in place. Many people are not able to come home when they are wanted because even their bosses fear that they will contract the Covid-19 when they come back,” he told theReporter this week.

In February this year during consultations convened by the Lesotho Council of Non-Governmental Organisation in Maseru, Lekhema pleaded with the Lesotho authorities and the Independent Electoral Commission (IEC) to amend the current laws to allow people in diaspora to be able to cast their vote. He said IEC should make arrangements allowing them to cast their ballots in the foreign countries.

He said due to the onset of the Covid-19 pandemic, many Basotho are not likely to make it home to vote during the national poll set for October this year.

“In the past, some of the politicians arranged for their supporters to make it home in order to vote for their political parties. But we are aware that subsequent to voting, some are unable to return to work,” he warned.

“Due to the high unemployment rate in the country, many Basotho have resorted to working in SA. Currently the number of Basotho working in SA is in thousands and if they do not vote it means we are losing a number of voters as a country,” he said.

Outlining what IEC could do to ensure not only Basotho diplomats in other countries but also migrants do vote, IEC district electoral officer in Butha-Buthe district, Kamohelo Chobokoane at the time said the matter was receiving the commission’s attention.

He said IEC was working on a law on diaspora registration, which would also allow for potential voters outside Lesotho to register for elections.

“Currently only people in the embassies and consulates are allowed to vote, but the number is very small. It doesn’t even make 10 percent of people outside Lesotho. If we have the law, IEC will then be able to make sure that those migrant workers also vote without having to come into the country.

“If we don’t have such laws before elections then those people will still need to come into the country to cast their ballots. But voter registration is an on-going activity. So those migrants have an opportunity to register when visiting the country anytime.

“This issue of migrants not being able to vote wherever they are, is also the reason why we keep complaining of low voter turnover. I am not sure about this one, but when implementing the above laws, we are also looking at internally displaced persons,” he told those attending the February meeting.