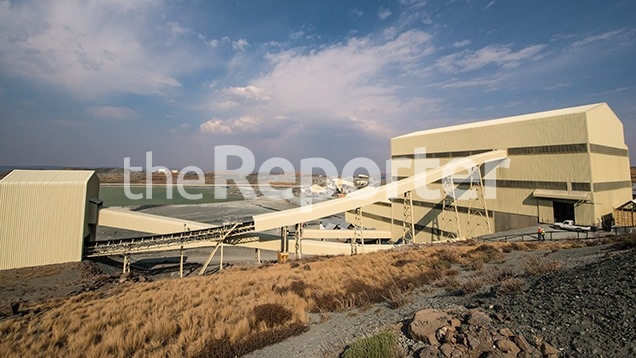 London-listed Gem Diamonds CEO Clifford Elphick says the company’s positive sales made during the six months ended June 30 demonstrated the resilience of its large diamonds during a global crisis and continued demand for high-quality diamonds.

The impact of Covid-19 on the tender process for the sale of its diamonds was evident from the second tender in the first quarter of the year to the only tender for the second quarter, held in June.

During the six months under review, Gem recovered 43 275 ct, compared with the 57 306 ct recovered in the prior comparable six months.

This was despite treatment volumes having been impacted by the Covid-19 lockdown imposed in Lesotho in the six months under review. The company’s 70%-owned Letšeng mine only reached full operating treatment capacity from June.

The company achieved a higher grade of 1.84 carats per hundred tonnes (cpht) in the interim period, compared with 1.70 cpht in the prior interim period.

Gem ended the six months under review with $17.5-million cash on hand, of which $13.8-million is attributable to the company, while it has unused facilities of $51.5-million.

Meanwhile, an advanced screening protocol implemented at Letšeng resulted in the detection of 74 suspected Covid-19 cases, with those employees under self-quarantine.

Gem is still in the process of selling its 100% share in the Ghaghoo mine in Botswana, which still remains subject to regulatory approvals in the country.

Elphick says the full impact of the Covid-19 pandemic on Letšeng’s operations and production outlook for this year remains uncertain. Revised guidance will be released when the company has greater clarity on the market environment.

Gem Diamonds back in the black on higher prices

Kao Mine Recognizes Pertinence for Water On World Water Day