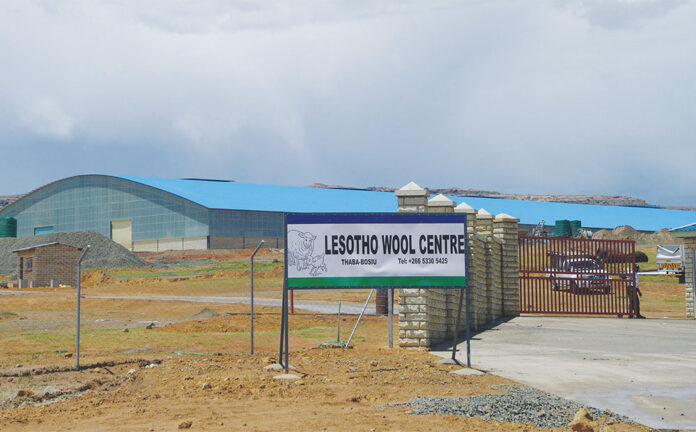 The ministry this week announced the suspension of Maseru Dawning Trading’s brokering licence following its failure to settle wool and mohair farmer’s payments from for the years 2018/2019 and 2019/2020.

The announcement was made by the principal secretary of the ministry, Tankiso Phapano who said they resolved to suspend the licence following three consecutive meetings that were held by the ministry where they were trying to get to the bottom of why Basotho farmers are still complaining of non- payment.

“I called Standard Bank, Maseru Dawning and the farmers to a meeting which revealed that reconciliations were a problem between the two parties, and I personally told them to go and solve those problems and make sure they pay the farmers what is due to them.

“I gave them time frames but they failed to meet them. That is the reason we have decided to suspend the licence to give Maseru Dawning time to settle the payments so that we can move forward without any outstanding issues,” he said.

The PS added that the ministry is therefore instituting an investigation into what happened that led to farmers not receiving their payments. He also said they are also working on making sure that the ministry has its own records that will be used when problems such as this one arises.

Phapano further revealed that upon his arrival at the ministry he realised that there had been carelessness in the ministry, in that the ministry had not been keeping clear records of the wool and mohair that Basotho produce every year and how much of it was given to the Chinese broker.

“The only way we have seen fit to solve the problem of poor record keeping is for us to deploy marketing officers in every woolshed, but in the meantime we have also decided that it is important for all the permits that allow woolsheds to sell the wool and mohair to have the final signature at the ministry.

“That will enable us to have clear data that will help us to resolve problems of non-payment that may arise, such as this one of Thaba Bosiu Wool Centre. We do not even know how many farmers Maseru Dawning have not paid so far because we do not have the records, and every time we need information we have to rely on them, which is very wrong.

“The suspension of the Thaba Bosiu brokering licence is just a start: we are going to investigate the matter and people who will be found to have played a part will also feel the consequences of their actions,” Phapano added.

Wool and Mohair Growers Association’s Khotsang Moshoeshoe said they are not entirely happy with the decision of the ministry to merely suspend Maseru Dawning Licence. He says they believe the best move the ministry should have taken was to withdraw or cancel the license immediately because Stone Shi has demonstrated incompetence.

“This person did not come here in the first place to help the country or farmers; he came here to rob us, thinking we will be too stupid to notice what he is trying to do.

TEN not resting on its laurels