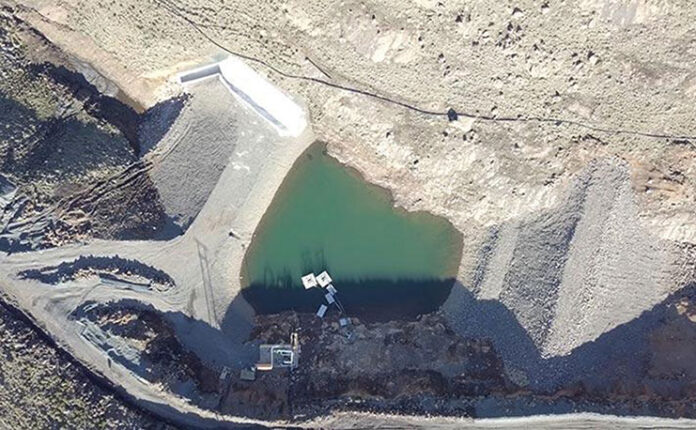 A fresh row over the quality of water and control of Maloraneng Lodge threatens to strain relations between Letšeng Mine and the communities of Pae-la-Itlhatsoa in Mokhotlong.

Both government officials based in Pae-la-Ithlatsoa and the community members are up in arms over salty water that flows from the Letšeng dam through the Patiseng steam, which they contend is not fit for human consumption.

Local councillor, ‘Mapakalitha Selia, suspects the source of the salt in the water they consume might be the industrial chemicals used by the mine.

Selia adds that, although the mine declined to help electrify local villages citing that that was government’s responsibility, it has built them an office, school, footbridges, camp site and lodge.

“However, it took us a very long to actually figure out how the communities will benefit from the lodge. The mine appointed a contractor, Alluvial Ventures, to manage the lodge on behalf of the community, but the contractor defrauded the community.

“After the community protested, demanding the dismissal of the contractor so we could take control of the lodge, the mine withdrew from the project without even training community members on how to handle the business.”

She says it was only in 2019 that she and the Chief decided to find an investor, and they settled on Mafube, a community-owned company. She says they agreed with Mafube that the company would give back M50 000 annually to the community each year regardless of the profits they made or losses they incurred from running the lodge.

“So far we haven’t made up our minds on how to use the money. We called a community meeting to discuss this issue shortly after the lockdown restrictions were eased, but only a handful of people turned up.

“Some community members suggested the money be shared among the eight communities under Pae-la-Itlhatsoa to start farming projects, but we did not reach consensus. I, for one, believed a better idea would be to save it up towards electrification of our villages,” she concluded.

On the other hand, Letšeng public relations officer, Lebohang Chefa said there is currently a water supply scheme at Patising Village, that was built by the mine. The scheme entails drawing water from Khubelu River, treating with chlorine, pumping it into an uphill water tank, and then distributed to standpipes in the village.

“Water samples from this project are taken for testing weekly at the mine’s water laboratory and for monthly verification testing at an accredited Laboratory in Pretoria South Africa. This is done to ensure that the quality of the water complies with the national standards for human consumption,” he says

“The Pae-la-Itlhatsoa village consumes water from a water pipe which draws water from sources in the hills near the village. They do not consume water from any of Letšeng’s dams,” Chefa stated.

He went on to confirm that Letšeng built all the office, school, bridges, camp site and lodge as part of its corporate social responsibility investment initiatives. He says the mine initially managed the Maloraneng Lodge on behalf of the community, carrying out all necessary maintenance work as and when required.

“Sometime in 2016, the community under the guidance of the Tlokoeng Tourism Association, stated that they no longer wanted Letšeng to be involved in the affairs of the lodge. Letšeng by then had already transferred its shares in the Lodge to the community,” Chefa continues

“Since then now, the Lodge has been 100 percent owned and managed by the community,” he explains.

He insisted that Letšeng continues to enjoy cordial relations with the Pae-la-Iitlhatsoa community since there is continuous engagement in the form of quarterly meetings held at Pae-la-Itlhatsoa Moreneng.

“During these meetings, Letšeng updates the communities about the current and upcoming community projects, issues of environment, health and safety and general community relations issues.

“Letšeng also engages continuously with the leadership of Pae-la-Itlhatsoa area., namely community councillors and the area chief, on any issues that need to be dealt with urgently. The engagement is strong and the relations are cordial,” he concluded.

No EIA for small scale mining

Artisanal mine to generate 600 jobs