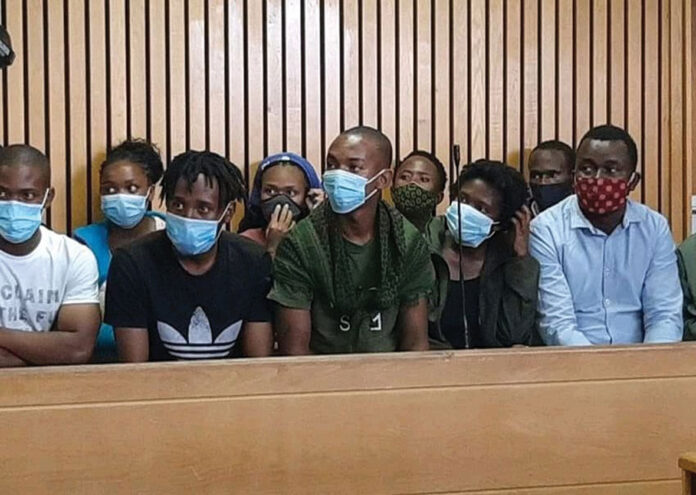 November 6 2020 will go down in history as the day on which the youth of Lesotho took part in a peaceful protest march against unemployment in the country, and operationalization of the National Youth Policy, among others. The march did not end well as the youth, who were on their way to parliament to submit a letter of grievances, were stopped in their tracks by police officers who assaulted some of them and injured several with rubber bullets.

However, does that mean the issues of the youth have magically disappeared? theReporter caught up with youth activist Motsamai Mokotjo to pick his brain on the Policy and other issues that concern young people.

The youth are currently fighting for implementation of the youth policy. Please elaborate on the policy and why the youth of Lesotho need it.

The Policy was developed by a diverse group of young people from youth led civil society organizations, political party youth leagues, churches, herdboys and others. The Policy, which was adopted by Cabinet in 2017, aims to have institutional structures such the National Youth Council, National Youth Services etc. The Policy is meant to address some the economic, social and economic ills faced by the youth.

Unemployment in Lesotho is expected to reach 24.3 percent by the end of 2020 according to Trading Economics Global Micro models and Analyst expectation, do you think the youth policy will address the employment rate? If so, how?

For the mere fact that we created a beautiful document which ours was to turn it to a living document not one written in stone and gathering dust. It falls upon us to continue with advocacy and implementation of the Policy.  We have as the youth started taking responsibility for our actions and continue actively participate in national and civic issues.

What persuaded you as the youth to say now you are going to stand up and demand the implementation of youth policy after all these years?

Our plight has been ignored by political principals for a long time, it was bound to happen. Unemployment, enacting of National Youth Development Bill, Gender Based Violence, Reforming National Manpower Secretariat (NMDS) In fact we took a very long time before marching peacefully last week.

What is the main thing that you are hoping to achieve if the youth policywas to be implemented? What are the key areas that the youth would need the policy to focus on?

The sixth thematic area of the Policy states: “The department aims to ensure their physical, intellectual and moral well-being and to take all measures to accelerate their full participation in the socio-economic, cultural and political life.”.  This is exactly what we as the youth have always advocated for.  All the key areas are critical towards achieving a conducive environment for the youth to live a better prosperous life. However, the need to declare a state of emergency on unemployment remains key in our struggle.

The main reason behind high unemployment rate is slow economic growth. What can you say about the statement, looking at Lesotho’s economy which is already on its knees?

As the youth, we produced another document Youth Compact on National Reforms clearly reinforces our stance on high unemployment rate and how to address the said problem. Lesotho has also developed National Strategic Development Plan (NSDP II) meant to curb unemployment, but there’s lack of political will from authorities.

We have seen the #Bachashutdownprotest. When you look at everything that happened during the protest and even now, would you say it was a success? Do you think the youth made a statement that might be heard by those in leadership?

We will only have achieved our goal when all our demands have met as per the set timeframes we have given to the Minister of Youth, Likeleli Tampane. As for us, being heard, I know we made noise, but I refer you to my initial statement. All we are seeking is for government to declare a state emergency on youth unemployment as they did with issues of hunger and the novel Coronavirus (COVID-19) pandemic.

What is it that the youth of Lesotho are mostly hungry for, that they would like to see change after all these?

Declaring unemployment a state of emergency on unemployment, having a platform in the form of National Youth Council will surely address our plight. The same vigour energy by Prime Minister, Dr Moeketsi Majoro Operation Restore Hope which was should also directed towards curbing unemployment.

There is a youth policy in the country that is gathering dust. Do the youth now want a new policy that they can make from scratch or do they want the current one amended?

As much the foundation and background of Policy was based on deficit approach where the youth are labeled as security threat rather than individuals who can drive the development of the country, the current Policy is very futuristic in it’s approach and has encompassed issues across the board.

Young people have always been accused of lack of interest in politics and the making of decisions that affect them. What is your take on that?

There’s a need to consciousentise the youth on civic issues, some of us have and are continuing to hold workshops and further engagements with the youth. We are starting to take responsibility in national matters. I must admit that we can do more to sensitise the youth on their participation.

In your opinion as a youth activist, what role do you think young people have to play in politics, beyond being used as storm troopers?

I’m a bit hesitant to answer this question since I am not part of any political party.

It is common knowledge now police used brute force to disperse last week’s peaceful march, claiming it was not legal. What is our reaction to that?

It was very unfortunate for the police to be heavy handed when dealing with us since it was a peaceful march. There are double standards when it comes addressing what transpired last week. Our elders hold political rallies regularly, particularly during these times when the country is operating under the Public Health Regulatrions, 2020. Police do not see the need to disperse such people yet they were so comfortable to use brute force against us. These are all Animal Farm tendencies where “all animals are equal, but some are more equal than others”.

Yet, the minister of police defended the police’s actions. Would you describe her utterances as condoning and encouraging police brutality?

It’s very unfortunate for Minister Police not to condemn what was done to us instead she kept on insisting that we didn’t have permit. Yes there was no permit, but was there a need to use excessive force? How does one bring members of the Special Operations Unit (SOU) to a peaceful? What threat do we possess which made the police to deploy SOU instead of the Riot Squad? Police need to be held accountable for their despotic treatment meted on us. In addition the Meetings and Procession Act 2010 draconian piece of legislation which must be challenged legally.

On Monday, we saw opposition members of parliament and a few from the ruling side condemning the actions of the police and sympathizing with the youth. Do you believe them, or do you think they are just taking advantage of your situation to gain political mileage?

Have the politicians reached out to the youth privately, before or after their press conference. Also what do you make of the fact that they chose to sympathize with you through a press conference instead of showing their support during the march, by physically intervening when police were brutalizing the youth?

So, when all is said and done, what is the way forward for the youth of Lesotho?

For us the issue remains that unemployment should be declared as a crisis. We will keep the pressure and continue. 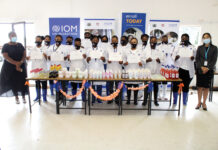 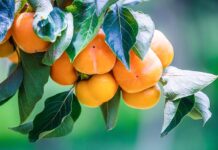 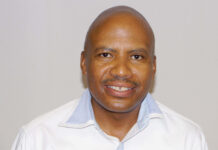 Beauty with a heart of gold 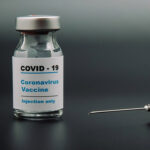 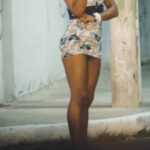 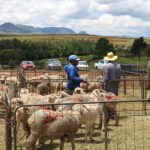 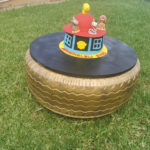 February 28, 2021
By Kefiloe Kajane ‘Mamoabi Mothibeli, better known as ‘Mapholoana Nthabi, was inspired by people who turn trash into useful products and decided to use her... 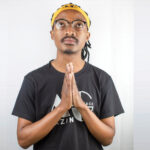 February 28, 2021
By Neo Kolane Rapper Q-Real has just released his first single of 2021, ‘Ba Nrobile Pelo (Ba Nhurrdile)’, which has been receiving a lot of...