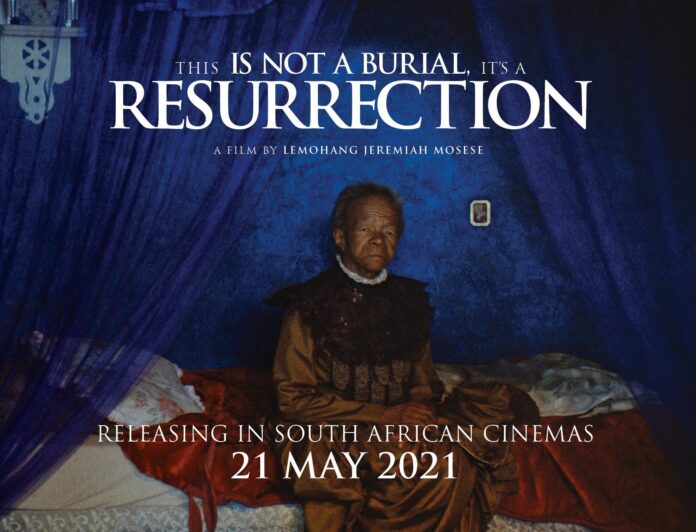 The multi-award winning film ‘This Is Not A Burial, It’s A Resurrection, a haunting tribute to land, community and ancestry, is coming to the big screen just next month.

‘This Is Not A Burial, It’s A Resurrection’ is the first film from Lesotho made by a Mosotho filmmaker, to screen at an international festival on May 21.

Directed by Lemohang Jeremiah Mosese, the film was viewed by critics as one of the best at this year’s Sundance Film Festival, where it premiered in January.

The visually striking drama, set in the mountains of Lesotho, opens with an elderly widow named Mantoa (Mary Twala), grieving the loss of her son. Determined to die and be laid to rest with her family, her plans are interrupted when she discovers that the village and its cemetery will be forcibly resettled to make way for a dam reservoir.

Refusing to let the dead be desecrated, she finds a new will to live and ignites a collective spirit of defiance within her community.

For director Mosese, the film is deeply personal. “When I was a child, my family was evicted from our home,” he says. “My grandmother’s village is undergoing forced resettlement right now.”

He continued to say that his experience of displacement has significantly impacted who he is and how he sees the world.

“Urucu believed in me from the beginning and Cait’s passion was the driving force behind ‘Resurrection’,” Mosese said.

It was also Lesotho’s first-ever submission to the Oscars and the Golden Globes.

David Alex Wilson from Mad Moth Communication narrates that the film has won a string of international awards and gained widespread acclaim around the world, particularly for its star Mary Twala.

“It also won the Carmel Competition Winner for Best International film at the Haifa Intermatipn film festiva, Israel; grand prize for best international new talent at the Taipei film festival; as well as a host of other awards at major international festivals,” Wilson stated.

The reviews have been excellent too, with Vulture.com, the culture and entertainment site from New York magazine, claiming in its headline, “The First Masterpiece of 2021 Is Here.”

“The veteran actress passed away last July and now the anxious, unyielding melancholy of her character hits harder. That we as a planet have ourselves suffered through unimaginable loss adds a further, unexpected resonance. For so many, the question “Where would you like to die?” is no longer abstract or speculative, but rather one of plaintive urgency.

‘This Is Not A Burial, It’s A Resurrection’ would be an exceptional film under any circumstances, but it has a special power at this particular moment.”

Cait Pansegrouw of production company, URUCU, says it’s been an amazing journey to have “our film recognised internationally and on the continent.”

She felt privileged that it is Mary’s final feature performance and honoured that her legend will live eternally through her astounding performance in film.

Pansegrouw says they can’t wait to share it with audiences next month and ask everyone to support them in cinema, despite the pandemic. It’s too special and Mary’s performance is too masterful to miss it on the big screen.

Helen Kuun, mamaging Director of indigenous film distribution revealed that the film continues to travel internationally, and has taken home 26 awards to date and are delighted that it has attracted so much positive attention internationally.

‘This Is Not A Burial, It’s A Resurrection’ is distributed in South Africa by Indigenous Film Distribution. 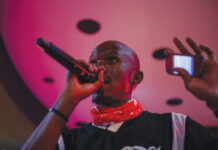 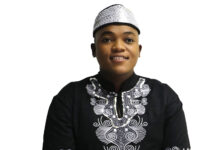 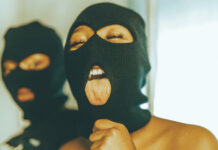