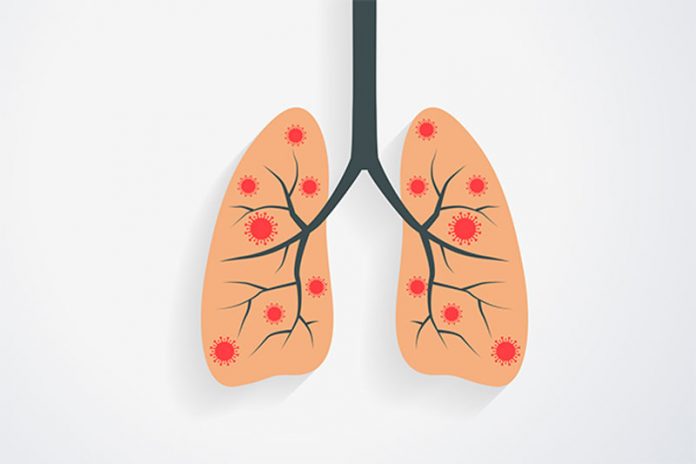 In a strange twist of events, pneumonia has inexplicably emerged among the leading causes of death in Lesotho in the past five months, according to the ministry of home affairs which is responsible for registration of deaths.

Pneumonia is a lung infection that causes inflammation in the tiny air sacs inside the lungs. They may fill up with so much fluid and pus that it’s hard to breathe. A patient may have severe shortness of breath, a cough, a fever, chest pain, chills, or fatigue. One can get pneumonia as a complication of viral infections such as Covid-19 or the flu, or even a common cold.

The director of the National Identity and Civil Registry department of the ministry of home affairs, Tumelo Raboletsi says the number of deaths caused by pneumonia has risen by 50 percent in the first five months of 2020, compared to the same time last year.

“According to our data, in the first five months of last year and preceding years, pneumonia was ranked number eight among causes of death, but this year it has risen to position three as you can see in this table of leading death causing diseases.

“That simply means pneumonia suddenly has become a disease that kills people in numbers. Its figures have risen by about 50 percent from last year.

“The question that comes to one’s mind when looking at the statistics is whether Lesotho would say with a head held high that these deaths are related to COVID-19 when suddenly pneumonia – which is highly linked to Covid-19 is emerging among the top killers in the country,” Raboletsi asked rhetorically.

Officially, Lesotho recorded its first confirmed Covid-19 case on May 13. Five weeks later, the figure has gone up to 17 cases.

He added that, this calls for the ministry of health to go back and do its investigation on the deaths that are related to pneumonia, so it can safely say Lesotho does not have a single death related to the global pandemic.

This publication can confirm seeing the table of the top 10 death causing diseases and can confirm that pneumonia has climbed from number eight to three, overtaking the likes of cancer, HIV, TB and stroke.

According to the Centre for Disease Control and Prevention (CDC), COVID-19 is a respiratory illness. A person may have a dry cough, fever, muscle aches, and fatigue. The virus can progress through the respiratory tract and into a person’s lungs. This causes inflammation and the air sacs, or alveoli, that can fill with fluid and pus. This progression then limits a person’s ability to take in oxygen.

People with severe cases of pneumonia may have lungs that are so inflamed they cannot take in enough oxygen or expel enough carbon dioxide. Continuous oxygen deprivation can damage many of the body’s organs, causing kidney failure, heart failure, and other life threatening conditions.

According to the World Health Organization (WHO), the most common diagnosis for severe COVID-19 is severe pneumonia. For people who do develop symptoms in the lungs, COVID-19 may be life threatening. In China, doctors classified 81 percent of COVID-19 cases as mild. These mild infections include mild cases of pneumonia. The remaining 19 percent of cases were more severe.

WHO further says most people who get Covid-19 have mild or moderate symptoms like coughing, a fever, and shortness of breath. But some who catch the new coronavirus get severe pneumonia in both lungs. COVID-19 pneumonia is a serious illness that can be deadly.

In an interview with theReporter on Thursday, Raboletsi pointed out that heart failure – the second leading cause of death after renal failure – also requires investigation.

“Last year at this this time there were no deaths which were a result of heart failure, but this year we have a significant number of cases from heart failure.”

Researches indicate that despite the fact that COVID-19 is considered an illness of the lungs, many patients who contract the new coronavirus experience cardiac issues. Early evidence suggests that up to one in five patients with COVID-19 have signs of heart injury, regardless of whether or not they had respiratory symptoms.

Raboletse advised the ministry of health to make data available to everyone so that it can be used to create policies that are in line with the needs of the country.

“There is a need for Lesotho to go back and investigate properly the deaths of those people whose deaths are related to pneumonia even if it means just making a verbal autopsy.

“As a member of United Nations Legal Identity Agenda, Lesotho needs to record every death and its cause so that it has all in the registry. In the past Lesotho did not report those deaths that happen in the communities without seeing a doctor. At the moment, with the guidelines of the World Health Organisation and United Nations, there is a system that is used to show the cause of death even if it was not proclaimed by a doctor.

“A verbal autopsy is now a new system which is also used to report deaths that happen without one going to a doctor; we take someone who was close to the deceased and take note of the symptoms that lead to death, then we put that in the system which will give us a probable cause of death,” he said, adding that the system should also come in handy especially during the Covid-19 pandemic so as to have clear records of deaths.

The United Nations Legal Identity Agenda refers to the holistic approach to civil registration of all vital events, production of vital statistics, the establishment and maintenance of population registers and identity management apparatus from birth to death.

The red flags were initially raised last month when news broke an unusually high number of patients were dying of pneumonia and pneumonia-related ailments at the Queen ‘Mamohato Memorial Hospital, claims that the hospital’s information officer, Mothepane Thahane was quick to dismiss as untrue because the hospital did not at the time have Pneumonia patients.

“We do not have pneumonia patients. Most of them are those that live with HIV but, contrary to rumours suggesting we have had a spate of corona-related deaths, most of our pneumonia patients have recovered except this one that we had to isolate because instead of recovering, his condition was deteriorating,” Thahane indicated.

Attempts to get the ministry of health to confirm if the pneumonia-related deaths could be positively and conclusively linked to Covid-19, were fruitless. The TB Programme Manager in the ministry of health’s non-communicable diseases department could not be found on her phone. The ministry’s information officer, Tumisang Mokoai, acknowledged cognisance of the information about pneumonia, but was not in a position to comment publicly until he had consulted the relevant officers.

Operations resume at Mothae mine

No contract renewals for PS’s

By Kefiloe Kajane In Lesotho the district that is renowned for farming is Leribe as it has many farmers,...

By Neo Kolane Among its many projects, Khaya Holdings has birthed Girls2Women, an initiative that aims to safely guide...

By Neo Kolane The Crime Prevention, Rehabilitation and Reintegration of Ex-Convicts Association (CRROA) held a meeting with law enforcement...

The COVID-19 pandemic has affected many businesses in many different ways, therefore talking about savings is relevant in these trying times.  If you are...

By Teboho Serutla A fresh row over the quality of water and control of Maloraneng Lodge threatens to strain...

Food insecurity expected to worsen in 2020