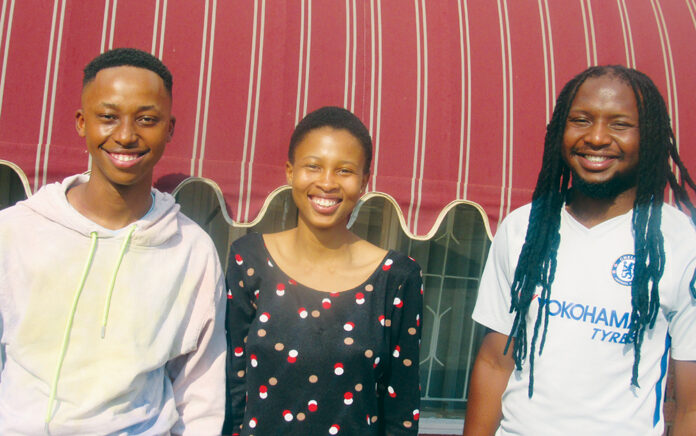 As job opportunities continue to become ever so scarce by the day, many of Lesotho’s young people are resorting to entrepreneurship. One hitch though: accessibility to start-up capital is just as elusive.

Some of these youth are three friends – Lekhetheloa Shabe, Pulane Mathibeli and Mara Mokhathi – who after graduating from college, decided to start their own business which they have named ‘Broilers Bros’.

Even though they did not go to culinary school, they are already making waves in the catering business. Their specialty is roasted chicken. You place an order, they prepare, they deliver, you dig into your scrumptious meal.

In an interview with theReporter, Shabe revealed that they all learned the tricks of cooking from their mothers.

He said during the lockdown, they to devise a way to remain afloat and settled on going the catering route.

“Our initial plan was to follow in our parents’ footsteps and breed chickens. When that did not materialize, we decided to try our luck at cooking chicken so that people could just order and have it delivered to them. The response was amazing; we posted pictures online and people were just amazed. They did not believe the food was prepared here.

“Pulane specialises in the marketing aspect of the business while Mara and I do the actual cooking. It has quite a journey. When we started out, the business was a bit slow, but we were not deterred. We pushed on because we knew what we wanted,” Shabe said.

He admitted that starting a business is not for the chicken-hearted and is forever unpredictable. But with the support of their parents who supplied them with chickens, they were able to pull through.

He also commends the power of advertising on social media, which proved to be just what the doctor ordered as it garnered them a lot of support.

“We knew that we would get there eventually but, to be honest, even we ourselves are surprised that it happened so fast. The next step now is for us to breed our own chickens so we can own the process in its entirety.

“We want to become one of the best roasted chicken dealers in the country, so that people when they think of chicken the first thing that comes to mind is the ‘Broilers Bros,” he enthused.

‘Broilers Bros’ are based at Sehlabeng sa Thuathe. Orders can be place through social media.