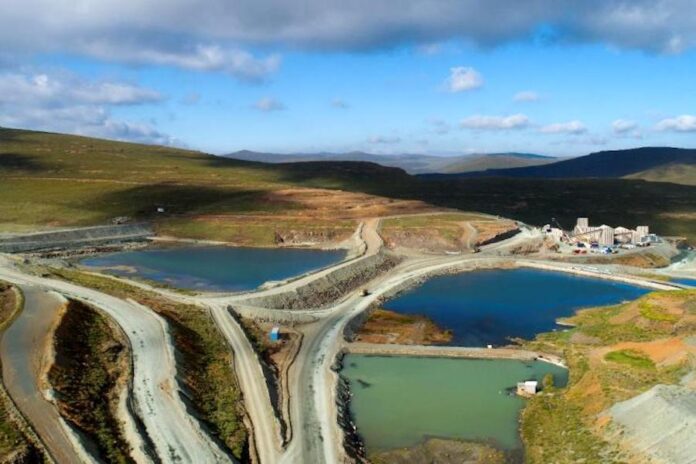 Shares in Australia’s Lucapa Diamond (ASX: LOM) shot up more than 18% on Thursday after the company announced that resources at its Mothae mine in Lesotho, Africa, were 280% higher than it originally estimated.

The company, which resumed operations at Mothae last week, said the mine’s indicated diamond resource increased by 6.8 million tonnes to 9.2 million tonnes, containing about 280,000 carats at a diamond grade of 3.10 carats per one hundred tonnes (“cpht”). It also updated the average modelled diamond value to M10,400 per carat.

Managing Director Stephen Wetherall said the updated figures “strongly” supported an expansion at Mothae, which is currently under consideration.

“The updated Mothae resource is the results of significant work undertaken to increase the resource and classification at Mothae following almost 16 months of mining and treatment through the new commercial plant,” Wetherall said.

Expansion in the cards

The expansion project could see diamond production at the mine increase by roughly 60%. Last year, Mothae produced more than 30,000 carats, including three diamonds of more than 100 carats each.

The company kicked off commercial production at the mine in January last year, with the opening of a new 1.1 million tonne-per-year plant that is progressively ramping up to its nameplate capacity.

Lucapa has a 70% stake in the operation, which it acquired in early 2017. The government of Lesotho owns the remaining 30%.

The mine is located only 5km from Gem Diamonds’ (LON:GEMD) Letšeng, the world’s highest dollar-per-carat kimberlite diamond mine.

The company also has a 40% stake in the prolific Lulo mine in Angola, where operations resumed partially in May.

Lucapa’s stock climbed 18.5% in early trading to 8 Australian cents. It closed at 7 Australian cents, leaving the company with a A$44.5 million market capitalization. -mining.com

Gem Diamonds back in the black on higher prices

Afriski celebrates its 20th anniversary with a rebrand

Developers in the Desert: Google’s Oasis for Startups in Dubai