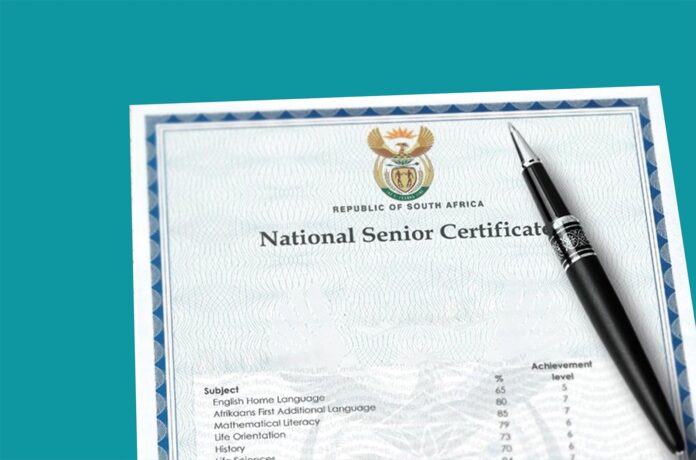 Lesotho-born learners who completed their high school studies in South Africa without submitting their birth certificates and national identification documents are in danger of not receiving their matric certificates, theReporter can reveal.

Such students are, as a matter of policy, not permitted to write the matric end of year examinations. In some cases, learners without proper identification documents are not permitted to enrol in South African schools altogether.

This rule is enforced strictly in private schools, but public schools do bend the rules and allow undocumented Basotho learners to write the exams. However, the South African department of education withholds their results at the end of the day.

This, despite a South African piece of legislation declaring education a right of every child residing in the land.

A September 2019 South African Human Rights Commission position paper on access to basic education for undocumented learners admitted for learning in public schools in SA, indicates that basic education is compulsory for every child from the age of seven. This is in line with Section Three of the South African Schools Act (SASA), and is mandatory until a learner reaches the age of 15 or ninth grade.

“Section 3(5) and (6) of SASA impose criminal sanctions on parents or any other persons who prevents a learner who is subject to compulsory attendance from attending school.

“It is, however, necessary to emphasise that even for learners who do not fall within the category of compulsory attendance, access to basic education is still legally and constitutionally guaranteed.

“The only distinction, therefore, lies in the ability of the State to impose criminal sanctions on persons preventing learners within a particular category from attending school. Documentation is therefore not a prerequisite for access to basic education,” reads the position paper.

According to Lesotho’s Registration of Births and Deaths Act of 1973 and Children’s Protection and Welfare Act of 2011, it is mandatory to register the birth of a child within three months of birth.

Having successfully made it past matric and results withheld by the department of education, many undocumented Basotho students find themselves in limbo as they are unable to apply for admission to tertiary institutions.

One such student is Mosa Selai who lives in Thabong, Welkom. He says he cannot further his studies because he does not have a national identification document. He was born in South Africa 22 years ago, to a Mosotho mother and South African father. His parents are not legally married.

Selai said his parents made no attempt to obtain proper documentation for him. His mother’s passport has expired and she cannot cross back to Lesotho. The mother has been living in that country without any documentation for the past 23 years.

“I completed my grade 12 last year at Unitas Secondary School and hoped to study civil engineering. Now I can’t even get my results because I do not have an identity document.

“I would like the Lesotho ministry of home affairs to assist me in getting a birth certificate. I want to continue studying so that I can get a job and help my family financially,” he said.

Selai is one of thousands of Welkom ‘stateless’ young people who cannot further their studies. Stateless citizens according to internationals law are people born in one country of a parent or parents who are from another, but do not have documentation to prove their place of birth.

Most residents who talked to the scribe said they ended up living in South Africa after they followed up on their husbands working in the mines. Others, live there after being married to the South African citizens.

In the light of this, the district director education of Lejweleputswa, Phaello Zonke urged Lesotho’s ministry of home affairs to assist students to get documentation to enable them to get their schools’ certificates after completing their studies.

“The main issue that we have as the department of education here is that of undocumented learners. Documentation of leaners is very vital in helping us trace our students if they drop out of school. The matric certificate should reflect the identity number of a learner.

“I’d like to call upon the ministries of home affairs in both SA and Lesotho to assist us in making sure that our leaners are documented. It is very painful to see a student failing to further their studies due to absence of a proper documentation.

“Our constitution has made it clear that all children have a right to education. Our South African laws are very clear when it comes to what needs to happen with our learners. It is even illegal to keep a child who is supposed to be at school at home,” Zonke said.

The institute on statelessness and inclusion, Southern African Nationality Network and lawyers for human rights report for July 2019 recommends that “Lesotho should ensure that all Lesotho citizens who were themselves born abroad can pass on their Lesotho nationality to their children born abroad.”

“In addition to the statelessness conventions, Lesotho has also acceded to the International Covenant on Civil and Political Rights which provides under Article 24(2- 3) that every child shall be registered immediately and that every child has a right to a nationality.

“On 9 September 1992, Lesotho further acceded to the International Covenant on Economic, Social and Cultural Rights which contains articles protecting categories of persons from discrimination. Lesotho has also signed and ratified the Convention of the Rights of the Child,” reads the report.

Subsequently, Lesotho’s Citizenship Order states that: “A person born outside Lesotho after the 3rd day of October, 1966 shall be a citizen of Lesotho with effect from the date of his birth if his father is a citizen of Lesotho at that date other than by virtue of section 23(2) of the Lesotho Independence Order 1966.”

Section 7 states that: “Any woman who after the 3rd day of October 1966 married or marries a citizen of Lesotho shall be entitled upon making application in such manner as may be prescribed and upon taking the oath of allegiance, to be registered as a citizen of Lesotho”

On his recent visit to Basotho nationals in Welkom, the minister of home affairs, Motlalentoa Letsosa, expressed willingness to assist the students to obtain identity documents.

“I have told the district director of education that getting these children registered is not a difficult task. There is no need for these children not to obtain their certificates after matric if documentation that is needed is that of Lesotho. I have already discussed the matter with officers of the ministry of home affairs to devise was to tackle this problem.

“The department of national civil registration can come and register the undocumented students and any other Lesotho nationals in Welkom,” he promised.