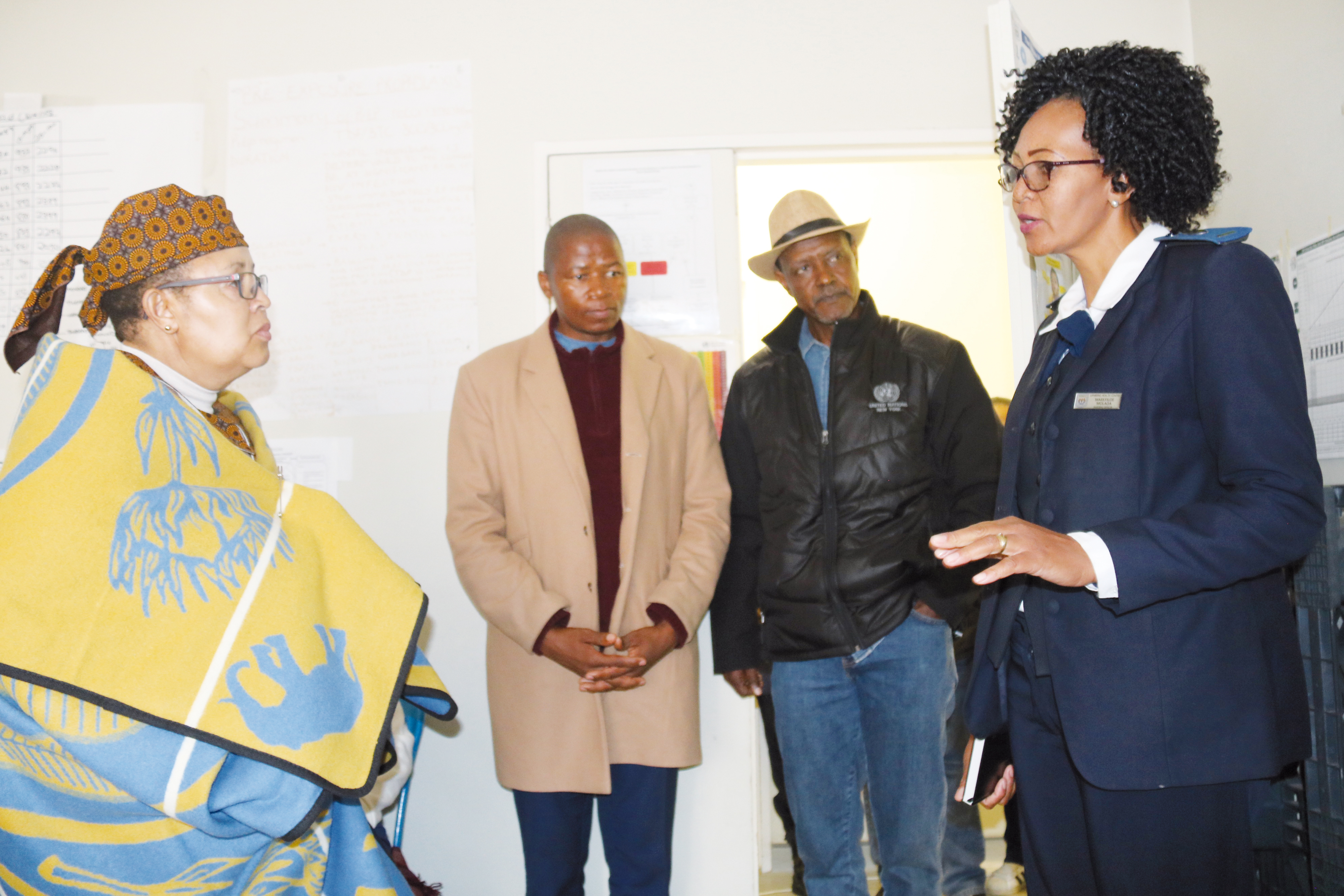 When Lerato Khitšane (26) went to Liphiring clinic to deliver, her mother had to bring three 20-litre containers of water to the clinic. If she had not, nurses would not have had water to aid their work in delivering her baby.

Liphiring clinic is situated in Mohale’s Hoek district, two hours’ drive from Lesotho’s capital Maseru. It is among the five districts that experienced drought in the 2018/19 agricultural season supported by the United Nations in Lesotho through the Central Emergency Response Fund (CERF).
“As soon as I had labour pains, we rented a vehicle and my mother accompanied me to the clinic, where we were informed that since there was no water, my mother has to return to our village to get water for me to deliver the baby safely and hygienically,” says Lerato who gave birth to a bouncing baby boy.

The nurse in charge at the clinic ‘Marefiloe ‘Molaoa confirms this, saying the clinic has no option but to ask relatives of pregnant women to assist by bringing water to the health facility. She pointed out that due to lack of water, they could not fully perform services related to pregnancy and childbirth. “During delivery we need to wash our hands but since we do not have running water, sometimes we just put on gloves without doing so. This is very dangerous and unhealthy,” she stated, adding that without water it also becomes a challenge for both the mother and new born to bath.

She added that when pregnant women have to stay for a while at the clinic whether prior or after childbirth, their relatives also have to come along so that they can draw water for them. She was also concerned about the high rate of new HIV infections and non-adherence to Anti-Retroviral Treatment by community members at Liphiring, exacerbated by the drought situation.

People cross over to the South African side illegally to look for jobs. They go without proper medical transfers and are therefore not able to access medication whilst there. Most of the time when they come back they are already sick,” she pointed out, adding that some of those remaining at home also do not adhere to HIV treatment due to lack of food.

In the same vein, Lerato Makhetha from the Lesotho Network of AIDS Service Organizations (LENASO) stated that another challenge facing the community, fueled by the drought situation was child marriage. “Sometimes guardians force young girls into marriage especially to affluent families with the hope that this would get them out of the dire situation.”

She added that people who cross over illegally to South Africa in search of jobs often also fall victim to sexual exploitation and gender-based violence and trafficking. “Sometimes women leave here after being promised jobs in South Africa only to discover when they get there that they have to engage in sex work.”

The UN and the government of Lesotho recently undertook a field visit to Mohale’s Hoek and Quthing which are some of the districts hardest hit by the drought. During the field trip, the UN resident coordinator Salvator Niyonzima reaffirmed the commitment of the United Nations family in Lesotho to saving the lives of the Basotho people who have been affected by the drought. He explained that following a rapid assessment conducted in March 2019, had estimated that around 500 000 Basotho are going to be affected by the drought and are expected to be food insecure. It is on the basis of this that the UN in Lesotho undertook early action to deliver urgent lifesaving multi-sectoral emergency assistance to severely food insecure households and to address the impacts of drought and erratic rainfall affecting the population in the Mohale’s Hoek, Maseru, Mafeteng, Quthing and Qacha’s Nek districts.

The United Nations Population Fund (UNFPA), working jointly with IOM and UNICEF is focusing on disseminating joint communication around key protection issues and ensuring that appropriate referral mechanisms are inclusive and integrated. UNFPA also disseminates information on reducing the risks of HIV and GBV together with the distribution of condoms to the target population. Meanwhile, IOM and UNICEF focuses on informing the community on protection risks around migration and child protection.

A milestone for cancer patients