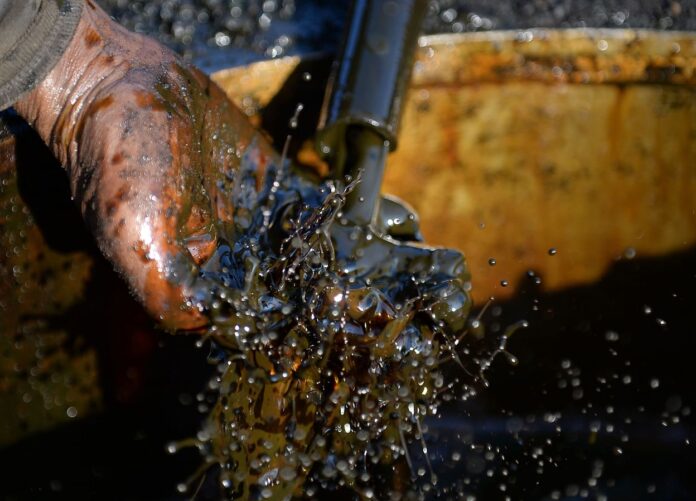 There is ample, documented and as-yet-undisputed evidence of the existence of crude oil deposits in Lesotho but, for reasons ranging from double-dealing foreign companies to lack of political will on the part of government, their presence has remained cloaked in secrecy for a better part of the last century, and this mineral has never been tapped.

Crude oil is a naturally occurring, unrefined petroleum product composed of hydrocarbon deposits and other organic materials. A type of fossil fuel, it can be refined to produce usable products such as gasoline, diesel, and various other forms of petrochemicals.

According to researches, the production of crude oil and natural gas has been beneficial to the economies of every producing nation. Petroleum production companies have provided high paying jobs to the citizens, paid taxes and royalties to government, provided infrastructure around their areas of operation and awarded scholarships to citizens

As much as the production of crude oil and natural gas generate enormous costs on the environment, it also directly impacts on the economy of the producing state. The latter, among other reasons, is the motive for investing huge capital in the industry.

In fact, there are those who believe Lesotho has enough oil to last 100 years. They claim this was discovered in the 1970s at Mpshoatla in the Mafikalisiu area bordering northern Botha Bothe and QwaQwa by a company from the Gulf. They say it was kept a secret because at the time, South Africa’s apartheid government would have easily moved to annex Lesotho.

While everyone, including geologists, confirm to the existence of oil in Lesotho the question is, is there enough oil for commercial exploration?

theReporter met up with Seeta Seeta, an ordinary who some call ‘a moving encyclopaedia of Lesotho minerals’ and who has dedicated a better part of his life to unravelling Lesotho’s minerals.

Seeta is convinced that Lesotho could be having multiple barrels of crude oil which no one seems to be willing to make sure the natural resource benefits.

He says one area with abundant oil deposits is Mahobong in Leribe, some 120km from the capital Maseru.

“In the 80’s a French company came to Lesotho during Leabua Jonathan’s regime to investigate the possibility of the occurrence of oil. This particular site was in one of the residential plot. Because of the difficulty of finding oil in deep water blocks, they took a long time to drill the oil. While they were busy with their work, the South Africans Whites caught wind of French’s activities and paid them off to abandon what they were doing.

“The report on those oil deposits was later given by the owner of the yard to the now Speaker of the National Assembly who at the time had become a member of parliament. Many of Lesotho’s leaders have led this country to total bankruptcy.

“According to the National Constitution of Lesotho, the land is owned by Basotho not the leaders or the chiefs, hence the need for the minerals to benefit the nation not only politicians. In 1994, a motion was passed in parliament ‘that in the opinion of this Honourable House, and subject to the availability of necessary funds, government should arrange for a geological survey of Lesotho’s many mountains to find out what lies underneath them.

“I had the opportunity to present my findings to Lesotho’s parliament in 2003. The then Prime Minister then instructed the ministry of natural resources to conduct further investigations following my findings.”

This publication approached geomorphologist and retired university Professor Qalabane Chakela who revealed that the Report on Geology of the Basutoland published in 1947 by G.M Stockley following a study conducted between 1938 and 1940, advised that the issue of oil should not be taken lightly. Stockley was an American hired as a government geologist.

Chakela warned that people tend to get over-excited when they see something that looks like oil in rocks, only to find that it is actually nothing to write home about.

“Oil is there in Lesotho but the question is, is it enough to warrant commercial exploration? A simple example is clay which Basotho have been using for years. But do we have enough to sell?”

Stockley’s report further indicates that geologist Van Eeden, who conducted the actual study, found that even though there may be small structures which are not incompatible with typical “oil” structures, the hopes of striking commercial quantities of oil in depth are slender.

“The consensus of expert opinion is, therefore definitely against the view that any workable petroleum deposits occur in the Karroo System. It is certain that there are no indications on the exposed rocks of Basutoland; and there are no clues pointing to subterranean sources. The geological mapping of the area under consideration shows that the rock structures are not incompatible with those exhibited by petroliferous strata…”, the report says.

“The study was conducted by a company called Murray & Roberts of South Africa. The company did not leave a full report of whether there is oil in those structures or not. It was during the Leabua Jonathan government when the company came and conducted the study. But, because they were not paid the money they wanted in full, they left without submitting the report, and governments that came after that regime never bothered to recover the report.

“During the research, the company would from time to time tell us that there are oil deposits there. However, that had to be supported by a formal detailed report which I am saying Lesotho never got. I also do not know where the report is, but what I know is the gentlemen who owned that yard in Mahobong was later given a job by the company and went with them to South Africa.

“If indeed there was a report, it would not be in the possession of any individual but the government of Lesotho because it is the one that had contracted Murray & Roberts,” Motanyane said.

The ministry of mining’s senior geologist Kelebone Letsie also acknowledged that there are oil deposits at Mahobong and the Monontša area of Botha Bothe, adding that studies been done in those areas.

According to Letsie, in the late 50’s to late 60’s geological prospects were done in Lesotho with funding from the United Nations but the data that is available does not say much about what was actually found in terms of oil.

“In Mahobong, there were drill holes but when one tries to read the report there is not much information on whether they actually found any oil or not. It is difficult even for us as geologists to make sense of what is in the report. It is so cryptic we do not even know if the report is true or not.

“Yes in Mahobong and in the Monontša area there are oil seepages in those dome structures, but the government itself does not fund the full spectrum of information programmes, which is the least that we could do. Only then would we conclusively say if there is oil in Lesotho, or not. As for information such as how much oil can be extracted from there, the country can do so by inviting the private sector which will also do the sampling of the oil to confirm the extent of its maturity.

“Honestly speaking, investigating the amount of oil there is a very expensive exercise. The sad thing about people who fund us or partner with us to conduct studies is that they withhold the important information from us.

“If we are to have a thorough study of those places, we need to do it ourselves. That means we will need the government to fund the project. Unfortunately, our country does not like investing in information even though the department of mining needs comprehensive research,” Letsie said.

Meanwhile, theReporter’s preliminary inquiry reveals that a local business magnate who was minister in the 1993 government took samples of local oil to China for analysis in 2013. It is not clear in what capacity he did that, but the outcome of his trip is still unknown. Another prominent politician, a high-ranking member of the collapsed 4×4 government is also believed to be eyeing a chunk of the cake. Unconfirmed reports suggest there are already a few legally registered oil exploration companies in Lesotho, one of which is in talks with government about possible exploration.

Environmental Management Vital for Liqhobong Mine

‘The Hangover’ is here again!

Twins cashing in on their talent