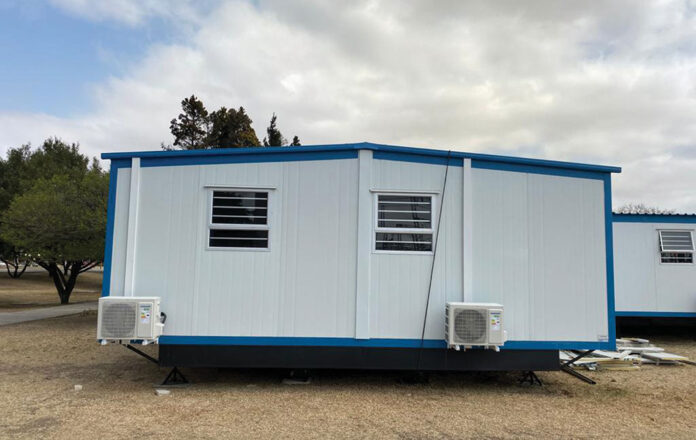 While the economy of the country has sunken to its knees due to corruption, more and more reports of corrupt dealings and tender fraud are emerging. This time the home affairs ministry appears to have paid M7.8million to a ghost contractor.

The amount is said to have been budgeted for the building of park homes in the year 2018/2019 by the ministry, which is now failing to account as some of the park homes have been ‘built in the air’ although the ministry authorised payment.

According to the minister of development planning who took a tour to visit some of the government projects around the country, the project of building 50 park homes at ‘Milikane, Sehlabathebe and Ha Sekake in Qacha’s nek has turned out to be nothing more than an unadulterated money laundering scheme as the payment was authorised even before the project was completed; there is actually no certificate of completion.

“This is corruption, there is no way one can authorize payment of something that has not been complete. A certificate is given before payment can be made; the person who initiated the payments needs to account why he/she authorised such a payment without making sure that the park homes are there and completed.

“People in this case need to account what happened to government’s money. The project also has an element of fraudulent misrepresentation as the purported contractor denies having received or claimed payment. The contractor has evidence which suggest his signature may have been forged to process the claim.

“As for the contractor who was supposed to have done the construction, evidence points that he did receive the payment but the money was moved from his account in a soon afterwards,” Mochoboroane says.

On the one hand, minister of home affairs, Motlalentoa Letsosa has also taken it upon himself to take a visit to see if indeed there were no park homes. He has also confirmed that the three park homes which were meant to be offices for livestock marking are nowhere to be seen yet the payment has been made.

He says after see first-hand that there were no park homes; he met with the contractors to hear what they had to say. He also met with the ministry’s officers who were responsible and all he gathered was nothing but a lot of confusing lies and buck passing.

“There is something very fishy about the building of those park homes and as the Prime Minister has already called for extensive investigation into the project, I have instructed the principal secretary to also look into it and provide all the needed information to those who will be investigating the matter.

“The Directorate on Corruption and Economics Offences (DCEO) is also conducting its own investigations while the office of the Auditor General is also doing the same. There is so much information that one fails to understand how the payment was authorised while the buildings have not been completed,” Letsosa said.

On the one hand, the former principal secretary of the ministry of home affairs, ‘Machabana Lemphane-Letsie showed that the park homes were budgeted for in the 2018/2019 financial year. They realised that the financial year was about to end and the contractors were not yet done with the project and – if the contractors were not paid in the same year – it was going to be difficult to budget for them again the following year.

“That is when we decided that the evaluation of the projects be done. It was indeed done, officers did visit the park homes and realised that 90 percent of the work was already completed and only three park homes were yet to be built while just a few were half done.

“That is when a decision was reached that the contractors be paid 90 percent of their money so that they could finish the 10 percent of the job that was left.

“The matter was even discussed with the ministry of finance which also agreed that those contractors be paid 90 percent of their money. After the payments were processed, the contractors had issues with their partners as there seemed to be other partners who were bypassing the agreement,” Letsie said. She added that those companies even went to court over those disputes.

theReporter consulted with National University of Lesotho’ economist, Ratjomose Machema who was quick to point out that what happened was corruption which cannot even be window-dressed, and called on the relevant role players in issues of corruption to get to the bottom of the matter.

Machema said procurement regulations are very clear on how officers should make sure that elements of corruption or carelessness do not happen and, in this case, officers seem to have played a role in assisting politicians to perpetuate their corrupt own agendas because they are the ones who advise them after doing an evaluation of a project.

The principal secretary in this regard, he said, definitely has to account for failing to abide by procurement regulations; he says in this case corruption should be investigated from the awarding of the tenders because that is where maybe the problem started in that the tender was not awarded to a competent contractor.

“Officers who are entrusted with awarding tenders and making sure that projects are completed before payment can be made know very well about due diligence, and if they did not do it then they have failed the nation.

“In this case, the impact of corruption is going to be felt by the people who the park homes were going to serve, which are the farmers because they were going to be used in the branding and marking of animals and now the project could not be completed. Branding and stock marking is done with the purpose of countering stock theft.

“With farming as one factors that contribute to the economy of the country, branding of animals is vital especially in this time when stock theft cases are reported almost every day. Corruption in this case has affected the rural economy because they are the ones who rely mainly on farming,” Machema said.

According to the African Development Bank, the economy of Lesotho is based on subsistence farming and animal husbandry, as well as small-scale industries that include clothing, footwear, textiles, food processing and construction.

This publication has previously revealed that stock theft has been a perennial problem in Lesotho and, as it continues to intensify, experts say it impacts negatively on the economy of the country, with at least M14million having already been lost to the crime this year.

Even though 80 percent of the population depends on subsistence farming, productivity is said to still be low and animal theft seems to be one of the reasons.

Studies have been made in the past, which informed policies to influence policymakers and implementers to devise appropriate strategies for managing stock theft.